Updated : October 28, 2020 10:08 PM IST
In early October, the French President described Islam as a “religion in crisis”, which prompted backlash.
Islamic countries, including Pakistan and Bangladesh, have been protesting and calling for a boycott of French goods.
France has called the protests unjustified, which is a “baseless” narrative of statements made by the French President. 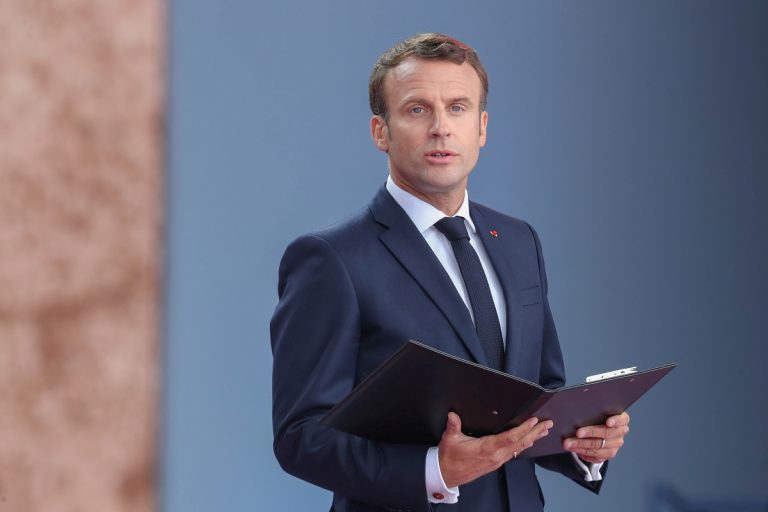 Share
French President Emmanuel Macron is being heavily criticised in the Middle East and in Muslim world for making controversial remarks on Islam.Citizens in multiple Muslim countries have called on the world to boycott French products, which has been trending on social media across Qatar, Egypt, Kuwait, Pakistan, Jordan, Algeria, Saudi Arabia and Turkey.Here’s an explainer on when the controversy began and why the Arab world is calling for a ban on French products.

What’s the controversy all about?

In early October, the French President described Islam as a “religion in crisis,” which prompted a backlash from Muslim activists across the world.

Post his comment, Macron announced presenting a bill in December to strengthen a 1905 law that separates the Church from the State.

A few weeks later, the beheading of a school teacher by an 18-year-old Islamist sympathiser kicked off a storm. The accused, allegedly beheaded the teacher, identified as Samuel Paty, for showing blasphemous caricatures of Prophet Muhammad in a Civics class on freedom of expression.

The accused was shot and killed by the police.

Following the comment, Turkish President Recep Tayyip Erdogan said that his French counterpart had “lost his mind”. This comment further led to France recalling its ambassador in Ankara.

Islamic leaders called Macron’s move a departure from distinguishing radical Islam from Islam and activists claimed that the French president was seen as suppressing religious freedom of Muslims in France.

To establish the state’s secular stance, the controversial cartoons were projected on a few government buildings in France last week.

In 2004, the country banned the use of a burqa and hijab in public places, while in 2015, the country went on a crackdown on “Islam terror networks”, following the Charlie Hebdo attack. Some considered the move as hate against the community.

In November 2015, the office of French Magazine Charlie Hebdo was attacked and 17 people were killed after the magazine published controversial cartoons of Prophet Mohammed.

Thereon, France has seen a rise in terror attacks and sectarian tensions.

Multiple supermarkets and malls in the Middle East responded to Erodgan’s call by pulling French cheese, yogurt and beauty products off their shelves and people have been encouraged not to shop from French supermarket chain Carrefour SA.

Islamic countries, including Pakistan and Bangladesh, have been protesting and calling for a boycott of French goods. The leaders accused the country of not respecting the freedom of belief and marginalising the Muslim minority.

The negative effect of the boycott was more on Turkey rather than France, with the Turkish Lira taking an impact as investors took the comments as signs of Turkey move away from the West.

Fawaz Gerges, Middle Eastern politics professor at the London School of Economics, said that both sides are using the spat for domestic reasons.

While Macron is trying to impress his critics since he faces presidential elections in 18 months from now, President Erodgan is trying to establish his leadership in the Islamic world.

Some critics have maintained that his sudden shift to neo-conservatism competed with his political rival and far-right leader Marine Le-Pen.

In support of France

On Tuesday, Twitter saw a new hashtag trending — #WeStandWithFrance — as thousands of Indians supported Macron’s decision to take a call against extremism.

Greek politicians too stood with the French President and said, “it is the European way of life.”

France has called the protests unjustified, which is on a “baseless” narrative of the statements made by Macron.

It insisted that these calls are being made by radical Islamic minority; using this as support, France has urged Middle Eastern countries to prevent the boycotts.

Moreover, French authorities have asked the country’s businesses to stay out of the dispute, saying: “Don’t answer stupidity with stupidity.”

However, the French President has not relented in his stance, on Sunday he took to Twitter and said:

About the author: Ebou Jallo
Tell us something about yourself.

Get Connected with Sun Xalat
Expand your network and get to know new people!

Are you sure you want to delete your Profile?

This will remove all of your posts, saved information and delete your account.

This cannot be undone.

Thu Oct 29 , 2020
Spread the message...      Ms Okonjo-Iweala, 66, was Nigeria’s first female finance and foreign minister The appointment of Nigeria’s ex-finance minister to lead the World Trade Organization (WTO) has been thrown into doubt after the US opposed the move. On Wednesday, a WTO nominations committee recommended the group’s 164 members appoint […]

THE TRRC FINAL REPORT IS NON-BINDING ACCORDING TO THE GAMBIAN CONSTITUTION.

The GAMBIA BAR ASSOCIATION: COMMENTARY ON THE BANALITY OF EVIL